While clubhead speed plays a huge role in how far your drive will go, there are many other factors.

To max out your distance, it is important to understand the complex puzzle that leads to higher distance efficiency.

Getting drives onto the proper trajectory is a huge key to longer drives.  Consider the following chart from Trackman: 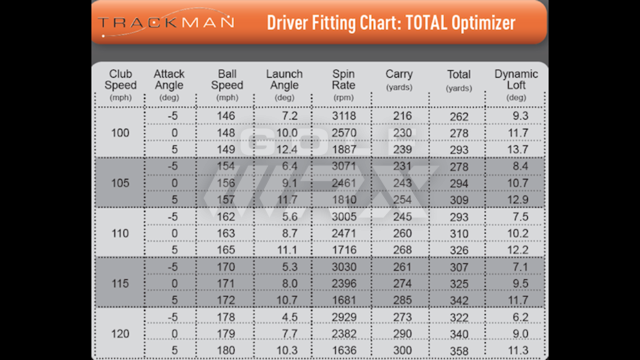 Let’s look at the three drives in the 100 mph category.  One was struck upward 5 degrees, one level, and one downwards 5 degrees.  All three have the most optimal launch and spin for their respective angles of attack.

But there is a clear discrepancy in the distances of the three drives.  It appears to be a little more than 10%.  This means that the average golfer can pick up 20-30 yards without even swinging faster.  The potential improvement increases as your swing speed gets higher.

The combination that favors distance is the higher launch, lower spin option.  We would hit up on the ball with a lower lofted driver, which would in turn create less backspin.  At 100 mph, the difference can be as much as 30 yards.

The best players in the world are starting to pay attention.  Since Trackman has been measuring data on the PGA Tour (since 2008), the average pro is now hitting with slightly higher launch, and with less spin.

Let’s look at a real life example of this high launch/low spin combination. 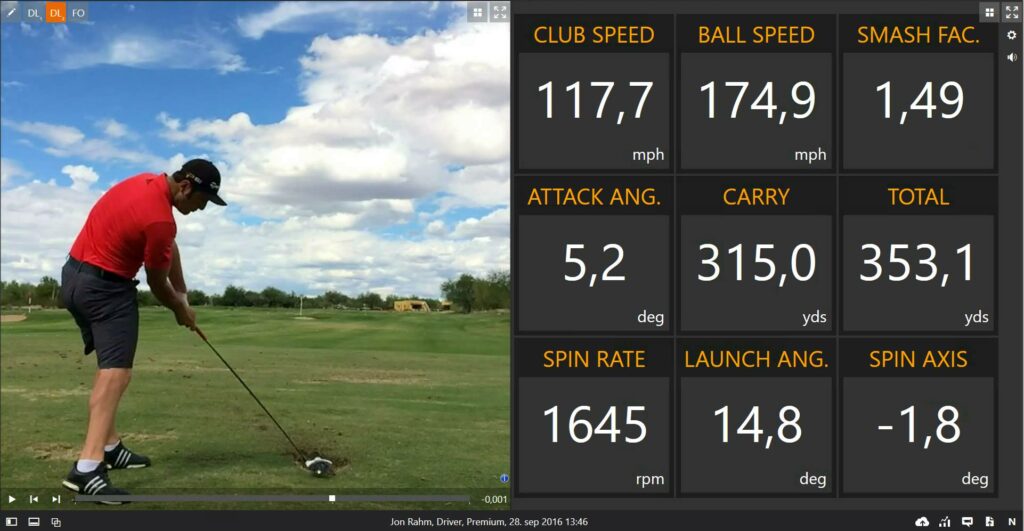 Here is recent PGA Tour winner Jon Rahm hitting a driver on Trackman.  This is a display of nearly perfect driving distance efficiency.  He achieved 353 yards from 117.7 mph of clubhead speed.  You can see he has hit upwards over 5 degrees.

The secret is, again, in the high launch (14.8 degrees) with low spin (1645 rpms) combination.  The high launch gives us extra carry, while the low spin allows the ball to roll more once it hits the ground.

Some variances in setup and swing factor into getting your drives higher with less spin.  Ball position, swing plane, and release point are good examples of these.

However, equipment is also an integral part of this picture.  Finding the right driver for your optimal swing is a must, and will be the subject of a future article.